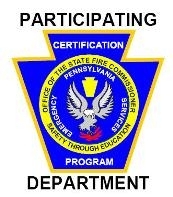 Call volume
2022 total
Fire
241
History
August 16, 1915
Strausstown Volunteer Fire Company was organized.  A motion was made to purchase St. Paul Lutheran Church property along Walnut Street to be used as a fire hall.
December 15, 1915
Fire company was officially incorporated.
April 10, 1917
1917 Howe-Ford (in service 1917 - ?) purchased for $1800.00 from the Howe Fire Apparatus Co., Anderson Indiana.  The unit was equipped with a 250 GPM Buckeye Triplex Piston Pump, a 35 gallon chemical tank, and approximately 300 (?) of hose.  It is unknown what happened to this apparatus after it left the Fire Company.

The 1990 Pierce pumper/tanker is taken out of service and sold to the DMW Volunteer Fire Department in Gaffney, SC for $50,000

This site has been viewed 112,115 times.
Apparatus
Maintained by the members and staff of Strausstown Volunteer Fire Company No. 1. Designated trademarks and brands are the property of their respective owners. Copyright © 2006-2022. YourFirstDue Inc. All Rights Reserved. Content on this web site is supplied by Strausstown Volunteer Fire Company No. 1. YourFirstDue Inc. cannot be held responsible or liable for any content, text, pictures, or any other media found on this web site.
Management login
Powered by